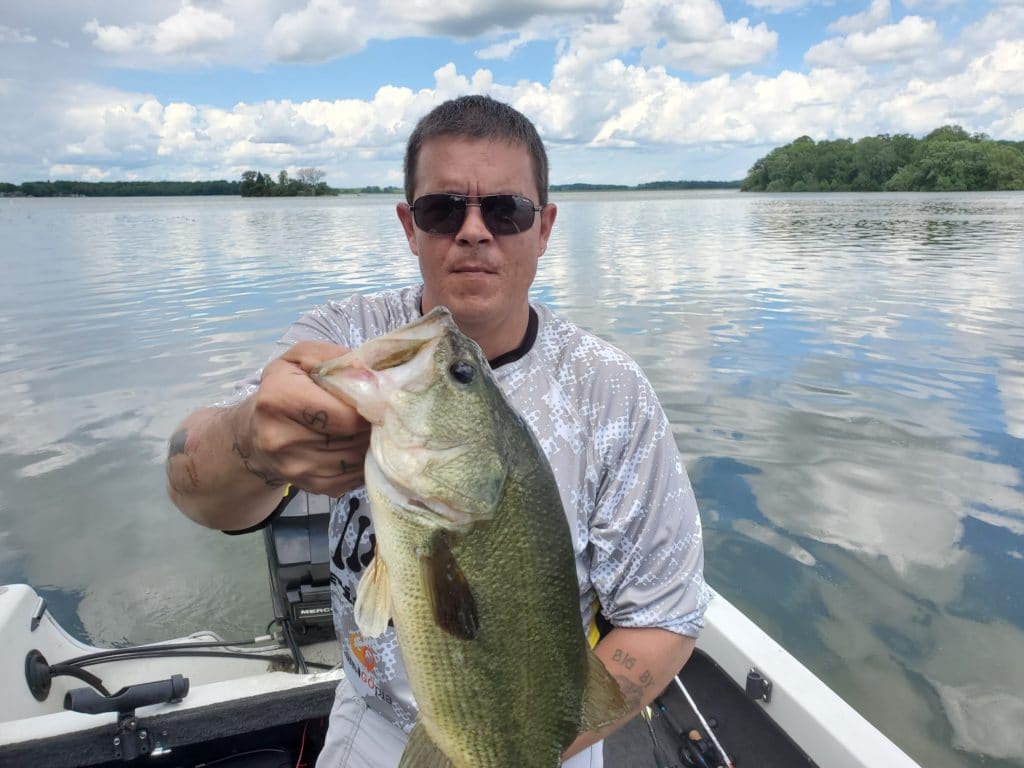 Last night we were on Fox Lake in Wisconsin.  It has become my favorite lake to fish.  After years of tight fishing regulations, it’s northern pike, bass, and walleye populations are very healthy and doing well.  I look forward to every trip to Fox Lake.

A fish population stays healthy, not just because of the regulations, but because of practicing selective harvest and catch and release. Take a picture and throw ’em back to get bigger.  If fishing to keep, keep just enough to eat. 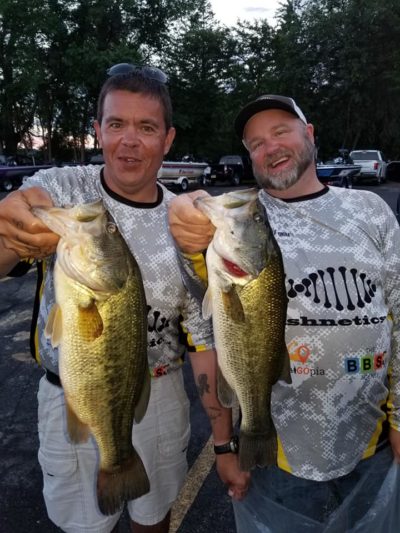 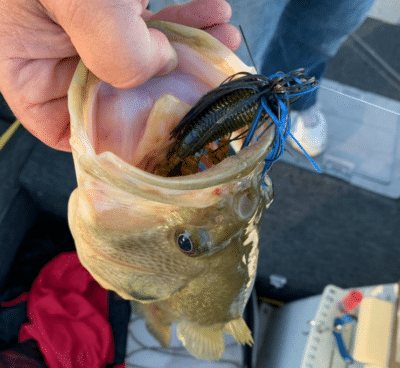 I had planned on frogging for bass back in the Government all night long. In late May there were several good large weed beds forming.  It was the first spot of the lake we checked.  They were gone.  No giant weed bed. No clumps of weeds…. just scattered straggle individual weeds.  The bottom was almost clean enough to run a crankbait.  I checked with someone who lived on the lake… and he said they died off about 2 weeks ago. The filamentous algae was so thick it either choked them out, or when the filamentous algae started to die off, the decaying weeds caused oxygen starvation and killed the weeds off.

So…change of plans.  When we started fishing the wind was blowing at a good clip from the west.  Since the weeds were down, the bass were tight to available cover. We targeted them on the protected side (out of the wind) in laydown trees, docks, rocks, you name it.  This pattern was pretty consistent.

One of our 2 biggest bass came from the protected side of an island, just off the current created by the wind, under an overhanging tree.  The second one came off of a dock.  All of the biggest fish this week came from flipping and pitching a 3/8 once black/blue jig.  We caught double digit bass, the usual ton of pike, and a few small walleye. 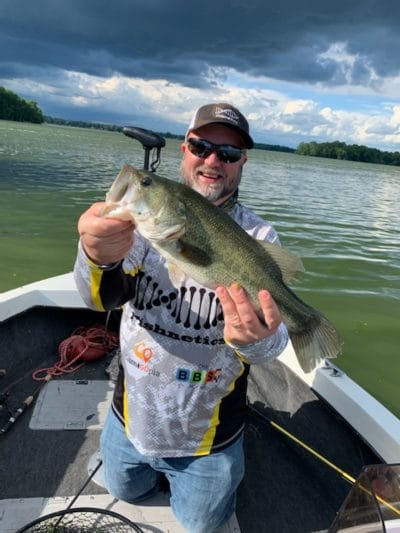 Obsessed with fishing since a child. Vince loves to share his knowledge of the sport, while helping encourage selective harvest and protection of the resource. He shares fishing reports, tips, tricks, and more during his never ending quest to be a better fisherman. PRACTICE CPR: Catch. Picture. Release.
Posted in Fox Lake, WI