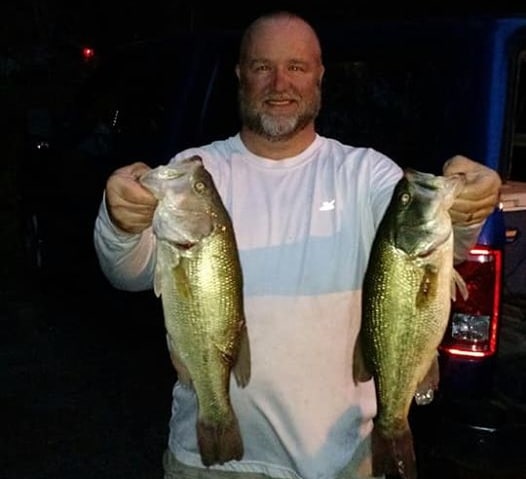 Finally!  The return to bass league. After a few weeks of delay due to the Cornavirus we were back at it.  To kick off the delayed season we were on Fox Lake. Out of 16 teams only 5 teams weighed 2 fish. We were one of them. 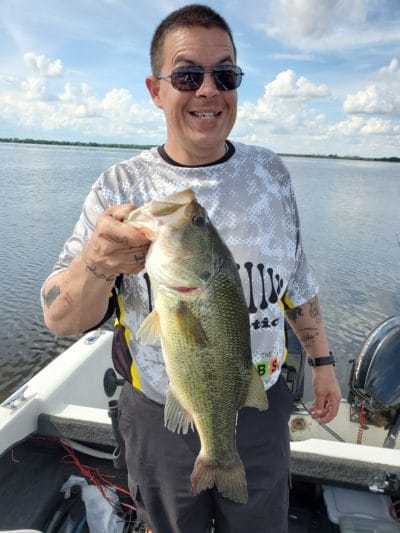 Ryan with a nice 19″ bass. Too bad it was during pre-fishing so it didn’t count.

It’s post-spawn for the bass. We found them and a copious amount of northern pike hanging around bluegill beds.  We had better luck in shallows (3′ and under) that had gravel/sandy bottoms with patchy weeds and less filamentous algae.  These areas also had lots of bluegill beds. Really nice looking bluegill population on Fox Lake.  (Remember to selectively harvest and please throw back the big 9″ males to keep them in the gene pool. Keep the 6″ – 8″ for the frying pan).

The algae limited the baits you could fish effectively.  Anything with treble hooks was right out… same with spinning components like a buzzbait or spinnerbait.  They kept getting gummed up. We focused on chatterbaits (Ryan was throwing this), and mixing up a swimjig and a weightless Senko (I was alternating) .  Ryan could not keep pike off of his chatterbait. They seemed to just crush his chatterbait as soon as he started his retrieve or right by the boat.  They seems to be homing in on the vibration.  He caught a few smaller bass, but the pike kept him busy.

I did better with my more silent approach to bass with the swim jig.  I caught a few pike too, but I had many more strikes from bass. This is where my vibration theory comes into play.  The pike seemed drawn to to the vibration. Slowly hopping the jig during my swimming retrieve got the most strikes.  Never had a single hit on a straighter retrieve.  Towards the end of the day we hit an area around a few docks.  Managed one 18″ bass on a crankbait (This was the one area we found not filled with filamentous algae), but it was lighter than either in the livewell.

We finished the day with 2 keeper bass for about 6 1/2 pounds.  Good enough for 3rd or 4th place.  Just out of the money.  Decent start to the season.