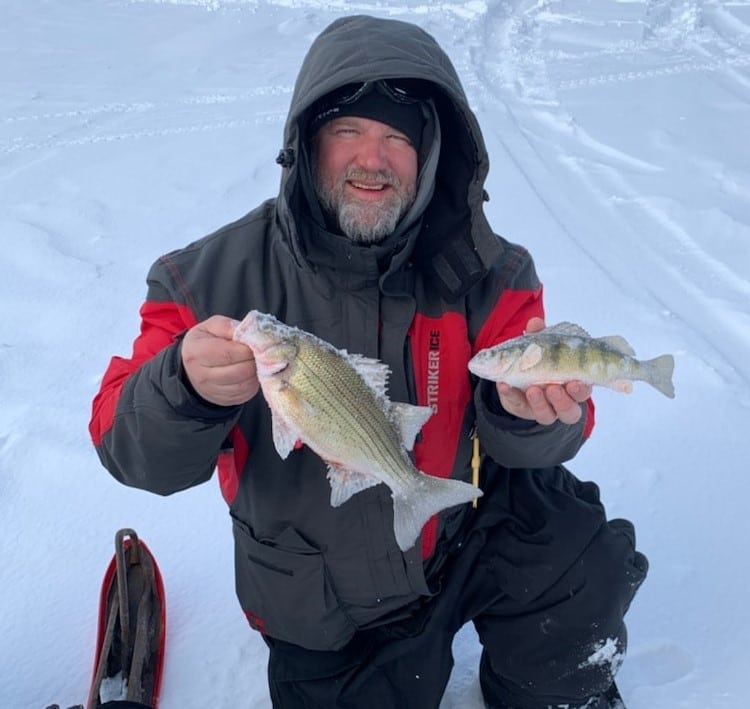 Water is very clear… and the minnow population is HUGE.  Every fish is fat with minnows, so fish can be very selective and are not very hungry.

Perch population is amazing. Those 8″ers last year are fat 10″+ this year and there seems to be a lot of them. Should all be 12″ next year.

For next year…. avoid Oshkosh, don’t leave fish to find fish. We should have went back to the same area to start on Saturday.  Should have stayed out later for a night bite…maybe camp overnight 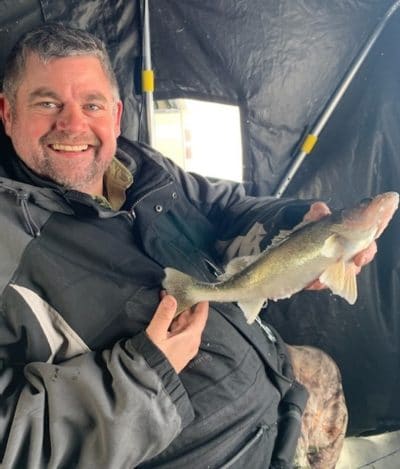 Obsessed with fishing since a child. Vince loves to share his knowledge of the sport, while helping encourage selective harvest and protection of the resource. He shares fishing reports, tips, tricks, and more during his never ending quest to be a better fisherman. PRACTICE CPR: Catch. Picture. Release.
Posted in Fishing Reports, Ice Fishing, Lake Winnebago